There are the Andouillette of Chablis, the one of Jargeau, of Touraine made with Vouvray, from the Perigord or even the Provençale one, but being born in Troyes and in love with it, I like to claim loud and clear that the Andouillette of Troyes is the best for me, because it is pure pork!!!

The city of Troyes has been known for its charcuteries since ancient times.

In the 9th century, according to some legends, the andouillette would represent a little andouille, with a different recipe.

But it is above all from 1560 that the first written traces about the local Andouillette can be found through a strange story:

« In 1560, the soldiers of the royal army had crossed the ramparts of Troyes in order to take the city back from the leaguers, when they suddenly lost track of their leader, the young Duke de Guise.

The latter had lingered in tripiers’ houses in the St Denis district, behind the cathedral, in search for the famous Andouillette whose qualities had been described to him.

The leaguers then surprised the wandering soldiers, and these returned defeated. »

So what is so exceptional about our Andouillette that it has left such a mark on French history?

It is said that the Andouillette, known as Troyes’ Andouillette, was already famous in the 19th century, and was sometimes described as being made from veal or from veal and pork.

It is more recently that butchers agreed on the definition of a Troyes’ Andouillette as being « pure pork »!

Definitely pure pork, the Andouillette is made from « chaudins », which is the name given to the large intestines, from stomachs cut into long strips, seasoned with fresh onions, salt, pepper, various ingredients and spices whose secret is well kept by the local butchers. It is then dressed by hand in a natural gut and cooked for a very long time in a flavoured stock.

Some of our traditional butchers pull the strips with a string, and that requires a great deal of skill!

Finally, to qualify as the queen of the queens, depending on the judgement of several gastronomic specialists, the Andouillette has to be awarded the AAAAA diploma (Association Amicale des Amateurs d’Andouillette Authentique, or the Friendly Association of the Authentic Andouillette Lovers), a diploma which gives it its commercial value.

So, whether it is simply grilled plain on a summer barbecue, prepared in a potatoes bake with onions and Chaource, in a white wine or cider sauce, with a creamy mustard or even sublimated in a Champagne sauce, our king of wines and wine of the kings, the Troyes’ Andouillette can be enjoyed all year round and is well and truly part of our French gastronomic heritage! 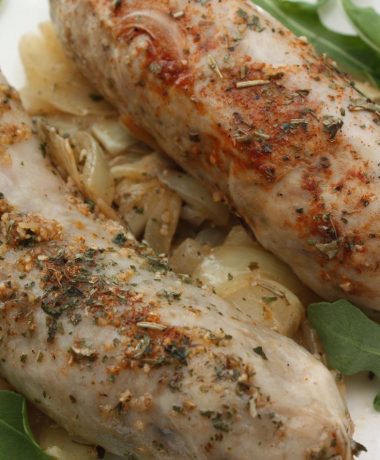 Some recipes of our chefs