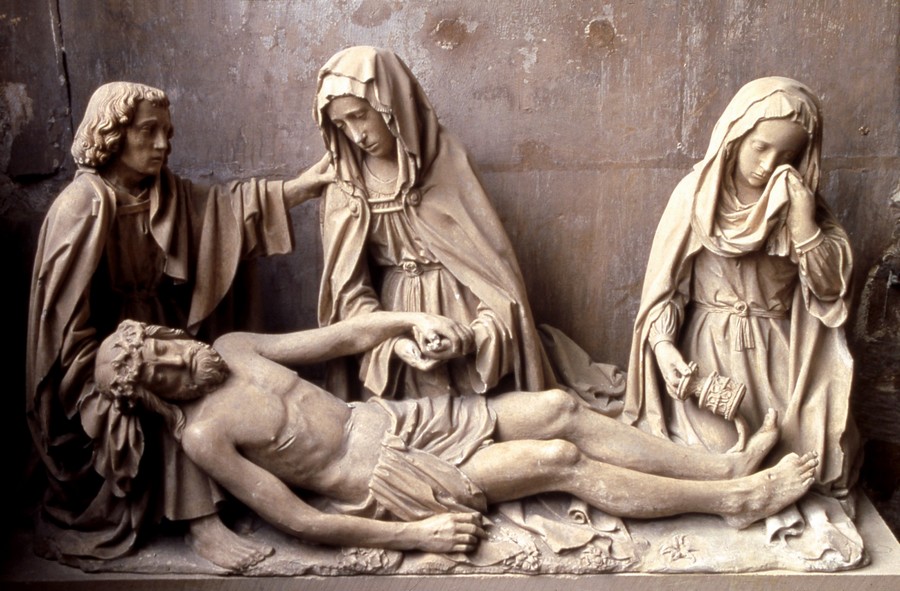 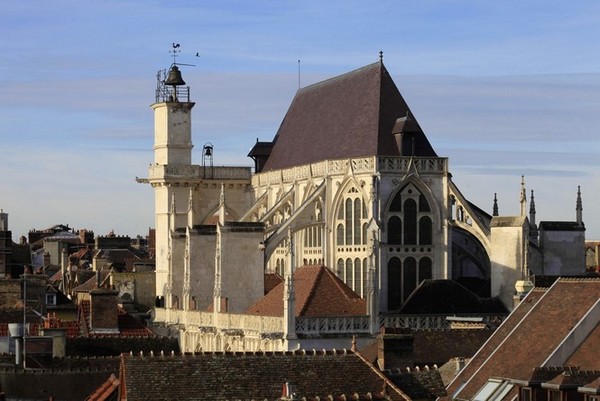 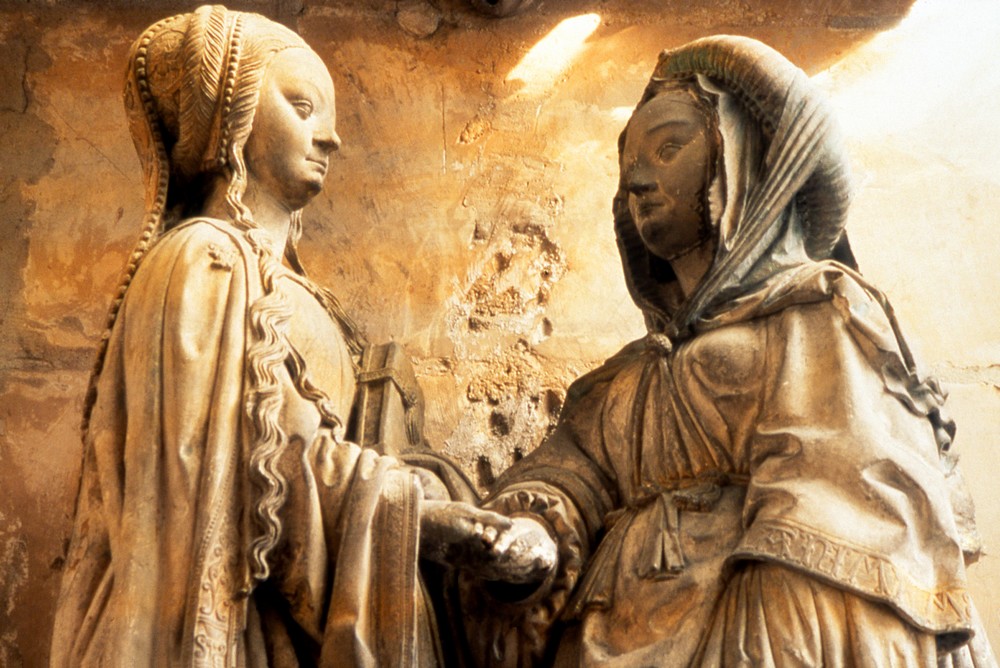 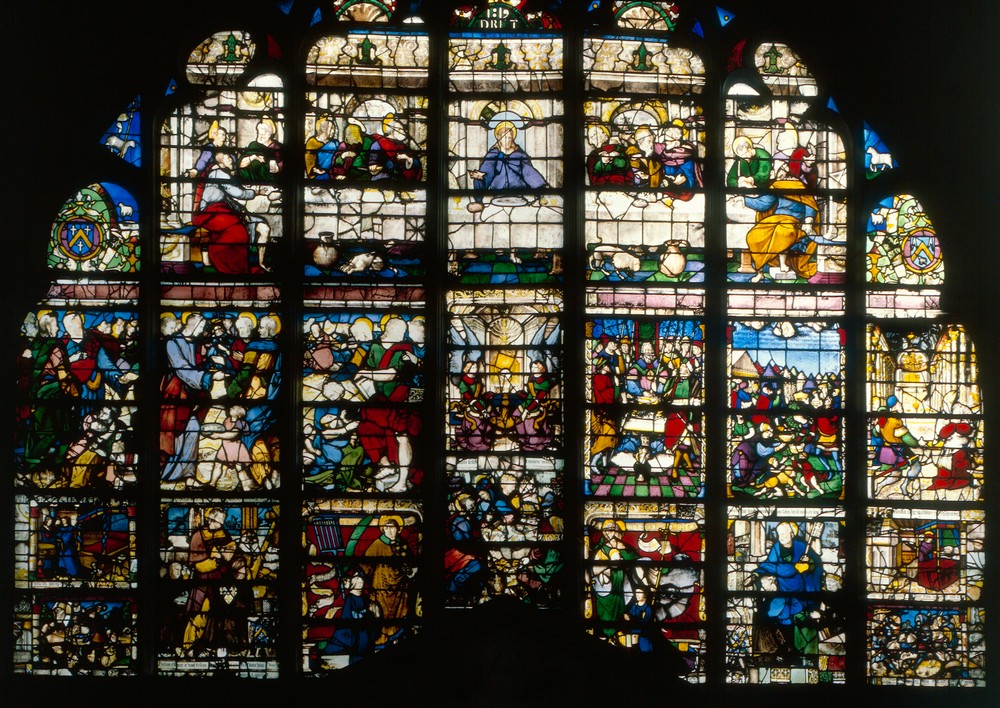 A church of St. John the Evangelist was located here in the 9th century: Louis the Beggar is said to have been crowned King of France by Pope John VII. Destroyed around 889-892 by Norman plunderers, it was probably rebuilt in wood like most of the buildings of this period. However, the Champagne fairs that made the town's fortune enabled it to be rebuilt and it took the name of Saint Jean au Marché.
In the 13th and 14th c. the church was completely rebuilt, this time in stone, as we see it today. The choir and transept, damaged by the great fire of Troyes in 1524, were rebuilt in the early 16th century. On the outside, the church was flanked by small loggias (small houses), which were destroyed in the early 20th century. The bell tower, located at the southwest corner of the building, collapsed in 1911, taking the western façade with it during the demolition of the loggias. Its wooden structure contained the bells currently placed in the north and south aisles, which were not affected by the accident.
Inside, the flat chevet features a monumental Italian-style altarpiece designed in 1667 by the Parisian architect Noblet and decorated with paintings by Pierre Mignard from Troy (17th century).
The 32 choir stalls probably come from the former abbey of Notre-Dame-aux-Nonnains (site of the current prefecture). The nave and aisles, with pillars with decorated capitals and sculpted keystones, have large Gothic windows. The stained glass windows are works of the "beautiful Trojan 16th century".
In the third bay, the Judgement of Solomon (1511) can be admired, and the curious will not be lacking in the bays of the south aisle. The Circumcision of Christ, The Martyrdom of St. Agatha (with her smiling face!) or The Coronation of the Virgin, painted around 1495. The church also contains beautiful sculptures by the Trojan School, often dating from before the fire of 1524: a Pietà, the Visitation of Flemish inspiration, the Deploration.
The tabernacle is decorated by François Girardon (1691).
In June 1420, Saint Jean au Marché hosted the marriage of King Henry V of England to Catherine of France, daughter of Charles VI and Isabeau of Bavaria. This marriage followed the "Shameful Treaty of Troyes": sworn in Troyes Cathedral a few weeks earlier, it provided that the kingdom of France would revert to Henry V on the death of Charles VI.
On April 17, 1620, the baptism of Marguerite Bourgeoys was celebrated there. The young woman from Troyes left everything, her city, her country, her family and her ties, and left for Ville-Marie, in New France (Canada), in 1653.