The Greeks named the global world « radiance and order », acknowledging what was around them without using the word nature.

We could make this same observation when discovering the month of May.

The shining and rosy light following dawn and preceding sunrise is called « aurore » in French.

This is also the name of a prestigious butterfly, the « aurore » (the « orange tip » butterfly in English), or anthocharis cardamines L.meaning, in Greek, « grace and beauty of a flower », but also « what shines and delights the heart ». Actually, this butterfly is appropriately named after its host plante.

It is one of the first early insects in spring that catches the eyes of the wanderer thanks to its vivid movements, its cheerfulness and the yellow-orange color at the tips of its wings.

The female, heavier, is white with a black cell dot and an apical spot on each forewing, green streaks on the back, and it is often mistaken for the Large White (pieris brassicae).

This butterfly can be seen in the wet meadows of our region and even at the Mills Park in Troyes where a subordinated plant that it fertilizes by pollen grows in half-shadow.

After isolated eggs are laid at the top of its flower buds in May, this plant, like a nurse, hosts for a few weeks green-bluish pubescent caterpillars with black dots. These caterpillars are born after ten days and feed for a few weeks on the fresh siliqua (1) of the plant, of which they are mimetic.

In July, the navicular chrysalis (2) surrounded with a silk thread stay on different stems and spend the whole winter there.

To complete its development, the butterfly goes out on the following spring and flies away, thus achieving its cycle.

On a bright, sunny afternoon, feel free to follow the butterfly. It will undoubtedly lead you to this flower to which it is bond for life. The name of this plant is cardamine pratensis or wild watercress.

The name of this annual perennial plant literally means « meadow scum » in German and « lady of the woods » in Anglo-Saxon. Popular tradition associates it to spring storms and to the cuckoo song (it is the cuckoo flower in English).

Its flowers are cross-shaped and of a slight fragrance. These are pale lilacs, sometimes rosy or white, poetically undulating in waves in the breeze.

It is a 40 cm high annual cruciferous plant that grows on the ground by a fibrous root and whose base leaves, the rosettes, looking like watercress, are rich in vitamins A and C, in lipids and antiscorbutics. These leaves were already considered as food back in prehistoric times.

At maturity, its seeds are catapulted 2 meters away by its dry fruit, the siliqua,   rolling up on itself.

In the 19th century, gardeners cultivated it with their vegetable plants. But around 1929, the botanist Mister Vilmorin-Andrieux suddenly declared that it had no value at all anymore, and because of his reputation, he was listened to.

Long time ago in some regions, children were forbidden to pick this flower. They were told that a reptile would bite then in the months following the picking.

These two species of plant and animal are interdependent, bond for life ; they are so fragile that we will not touch them. They are part of the ecosystem of the living community. 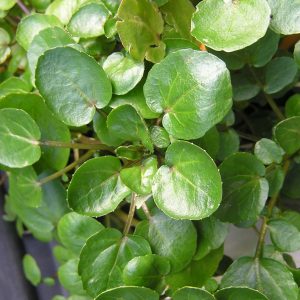