Places to wander, relax and play, the « little gardens » are well known by the locals.

Created on the 19th century where the old city walls were, they make like a green belt, as the maire of the time wanted… He was called Désiré Argence and the fountain and the building near these little gardens (Espace Argence) have been named after him.

Spread from the Argence fountain to the train station of Troyes, these gardens look similar, yet they are really different from each other on how they are designed and on the function they have been assigned. Therefore, everybody can find their happiness in these gardens surrounding part of the city.

Let’s start the walk in the garden next to the Argence fountain: the garden of the Rock.

Originally created to host a flower exhibition, it is now the favourite ground for « pétanque » players.

Regularly, they meet up around the oriental kiosk decorating the garden. This kiosk was a present from Jean-Baptiste Brissonnet, a former hosiery worker who has become stocking maker. It has been classified as a Historical Monument and was restored in 1999 thanks to patronage.

If you pay attention, you will see several people names written around the kiosk. You will find the name of Brissonnet, who offered the kiosk to the city, but also the name of French music composers: Gounoud, Boieldieu and Massenet.

In the summer, it is pleasant to come and settle in this garden to watch a concert or a show performed in the kiosk.

If you are very lucky, you will even be able to enjoy these entertainments sitting on the « root-chair » that lays in the garden. I like this original and fun idea of this root crafted and improved into a chair, and it fits perfectly in the environment.

In this garden, you can also admire the waterfall falling down the rock (after which the garden was named). Beautiful pictures can be taken all year long with a rather changing vegetation through the seasons.

Let’s continue the walk in the Swiss Valley, located after the Madeleine theatre, still in the extension of the garden of the Rock.

This garden is very hilly due to its location in a part of the old ditches of the city. Then, a famous local horticulturist of the 19th century, Charles Baltet, was in charge of the floral decoration.

With its romantic aspect, this garden is perfect for daydreaming and relaxing. In fact, many walkers come there to read, stroll or flirt.

The main attraction of this garden lies in the presence of the small wooden bridge which makes the charm of the Swiss Valley. The stream and the waterfall complete this romantic and restful picture.

Much smaller than the previous ones, the garden of the Chevreuse is an ideal place for children with its playground.

Also known as the Ravelin garden, its name comes from the Fort Chevreuse, the compound that used to defend the corner of today’s streets Argence and Paul Dubois.

Before leaving this park, do not forget to look at the busts that decorate it, especially the one of the mayor of Mony, made by the Nogent sculptor Alfred Boucher.

The garden of the Beffroi is the last of these four « little gardens ». It is rather of a long shape and is also known as the garden of Paris Door.

Even if it appears less crowded than the previous ones, it is still an ideal place to unwind. Indeed, it is such a pleasure to walk among the flowers and different sculptures of this garden.

Among them, I invite you to (re)discover the Harmonie, an impressive white marble sculpture made by Louis Convers, echoing the Inspiration, by the same sculptor, set in the Swiss Valley. 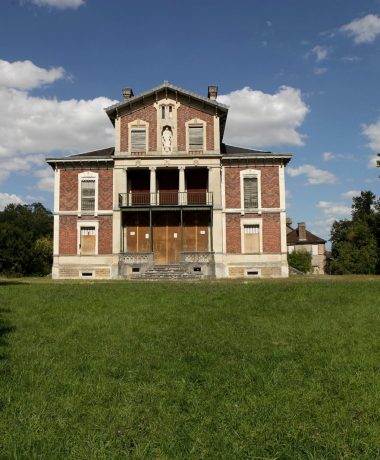 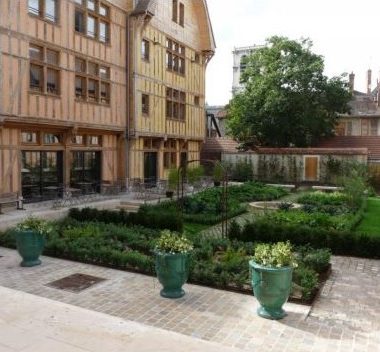