Here we find ourselves in the area called, because of its shape, «body of the champagne cork», which developed along the western road, in the direction of Provins and Paris, and that was revived after the sacking of Troyes by the Normans around 887. It was incorporated into the city thanks to the construction of the new Thibaut IV wall that was built at the start of the 13th century.

Originally rural, the population swelled with craftsmen and traders starting in the 12th century, with the expansion of the foires de Champagne that were held nearby up to the present place Jean Jaurès.

At the end of the Middle Ages, the centre of power in Troyes shifted a little to the west. The City Council set up in the new Town Hall in the 17th century, and new precious metal shops were created in what was to be called the rue de la Monnaie, attracting the silversmiths from the neighbourhood.

The grand families living around Sainte-Madeleine church prospered in trade, clothing, tanneries, fine arts, liberal professions and finance. When the great Troyes fire of 1524 ravaged part of the neighbourhood, the homes were rebuilt in stone or Champagne style facing. These are the superb hôtels (town houses) that we still admire today, one example of which is the Hôtel Deheurles.

On rue du Bois (today rue du Général de Gaulle), nearly all the houses have a cellar where, since the 16th century, craftsmen weave cotton, a trade that requires a damp environment. However, the vast mass production shops were not set up until the 19th century with the advent of power looms, which were introduced in the south of the city and then in the suburbs.

Visitors also admire the beautiful buildings from the end of the 19th century and the beginning of the 20th, such as the one at 126 rue du Général de Gaulle, and the modern Palais de justice (courthouse), which replaced a 19th century hôtel on the site of a former convent. 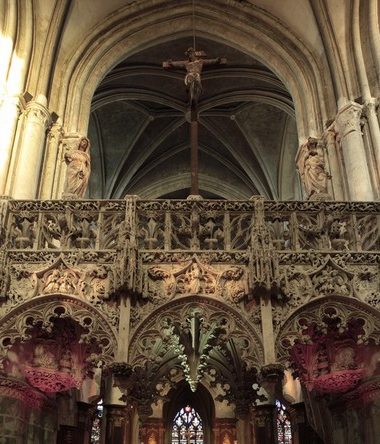 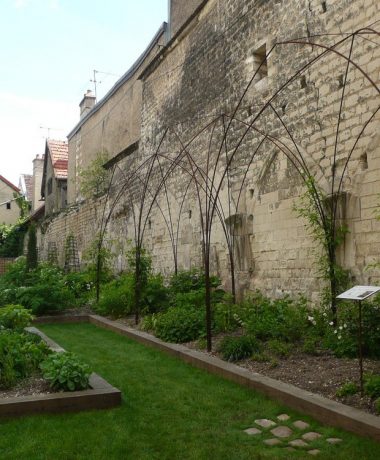