« I only care about living so I can encourage people to look at the beauty of nature »  John Muir, pioneer of ecological awareness and action.

The elders had noticed that, in spring, after the arrival of the barn swallow, living in the stables, another furtive and very graceful bird, quite similar in appearance, would cross the sky with a light and joyful cry.

This gregarious animal weighs 18 grams (not even the weight of an ordinary letter), measures 13 centimeters long, has a 5 years life expectancy and is used to rocky environment. It is named « window swallow » (Delichon Urbica L.), has a complex social life and was originally living on rocky walls.

These frail and cosmopolitan birds winter in Africa, fly over the Mediterranean sea for about 6000 kilometers and come back for a while in our regions, in spring. As they depend on buildings, they come back to their old ecological nests that the oldest faithful couples, who arrive in first, occupy in priority. The youngest, very lively, build new ones near their parents.

This exceptional migratory scenario discovered by Buffon in the 18th century is only possible because of the use of their forever phenomenal memory of places.

These birds are of a metallic blue colour with a white rump and short legs full of feathers. They restore and build new nests in groups over a period of ten days (Lind-1960) with mud, saliva and tiny gravel to cement it all. At the end of it, it is a very graceful and pleasant living natural show in the outdoors.

It is estimated that a thousand and a half pellets are necessary to make a single nest, that too often is finally destructed by men.

Scientists from the CNRS have estimated that, with 1 km return trips to find random materials, swallows have to fly a distance of 1 495 kms in order to accomplish this huge work of building a nest. Moreover, this happens right after an exhausting trip of several thousands kilometers during which they lose a lot of weight.

This hemispherical and tidy nest is glued to the ceiling with a narrow round opening that is efficient to prevent from the intrusion of predators, except from the dormice. It can be seen on several dozens of structures, under bridges, balconies, ceilings, barns or on the upper bases of windows… Exactly like in this Ephad (Retirement residence) of Méry-sur-Seine where 75 pairs of birds, with their nests hung on the building, have been breeding for several years. Nests can also be found on departmental public buildings’ walls (like schools, highschools, residences) where the swallows offer a never ending dance of birds flying in harmony and with an incredible grace.

This natural piece of art is naturally strong and can last for 10 years. Its external shape is due to the repetitive rubbing of the swallow’s body while the interior of this work is carefully lined with many feathers and a bit of hay.

In May, five eggs of 1.60 g are laid and alternately incubated by the couple at a constant temperature of 34°C over 17 days. Then, the baby swallows are fed with insects during 35 days.

Their faecal bags are eaten by their parents who take them with their beak for a few days, away from the colony for hygienic reasons.

Totally insectivore and therefore providential, the swallow is constantly pursuing something in the warm air 20 meters from the ground, like a sailor or a poetess : flies, mosquitoes, gnats, winged aphids, flying ants, aerial plankton.

With much determination and elegance, the swallow can capture 7 000 prey per day thanks to its wide mouth constantly open and its arched flight. It can then feed its young, giving them a total weight of 7 grams of proteins in an average of 22 visits to the nest per hour by the adult. ( Source : Cramps, Oxford University).

The swallow is the perfect bird, the unique being really born to fly. To make this only wing, nature decided to eliminate the foot. – Jules Michelet –

There are 75 species of swallows scattered throughout the world, except from the American continent. However, its numbers have fallen by 40% over 30 years, as a result of natural and anthropogenic threats : destruction of nests because of their inconvenience, disappearance of mud paths, ponds and cattle drinking troughs essential to find the necessary mud, climate change, eradication of the flying insects populations needed for its food… (Source : S.T.O.C study)* see below.

This migratory passerine bird now benefits from a legal status protecting it fully (its nest, habitat and species) by the law of the 10th of July 1976 on Nature Protection and by the Environmental Code (articles L411-1 and L415-3) which states for a heavy fine of 15 000 € and a prison sentence for offenders.

If you wish to hear this unknown insectivorous swallow, named « the pearl of the birds », check out the YouTube channel « les trois becs » (« the three beaks »).

If you wish to recognize it in nature, now look up at the sky and the buildings.

If you then managed to identify it, celebrate it with all your heart because this nature artwork, that has a decreasing population, is essential to our well-being on mosquito-free evenings !

I woke up early that morning, with that freedom feeling that employees know so well, this feeling of release, of rest, of tranquility, of independence. I opened my window. The weather was admirable. The blue sky was spreading out over the city, full of sunshine and swallows. – Guy de Maupassant-

With the authorization of l’Est Eclair / Libération Champagne.

Here are a few links if you wish to continue your exploration on nature : 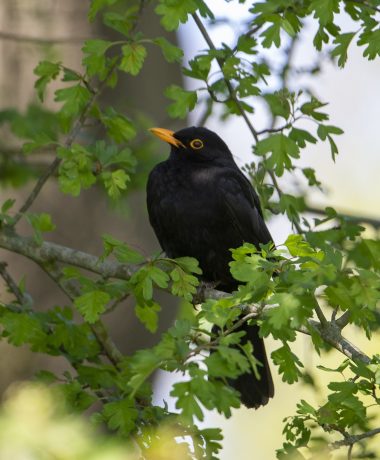 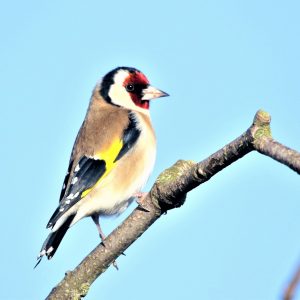 The majestic teasel and the pretty goldfinch