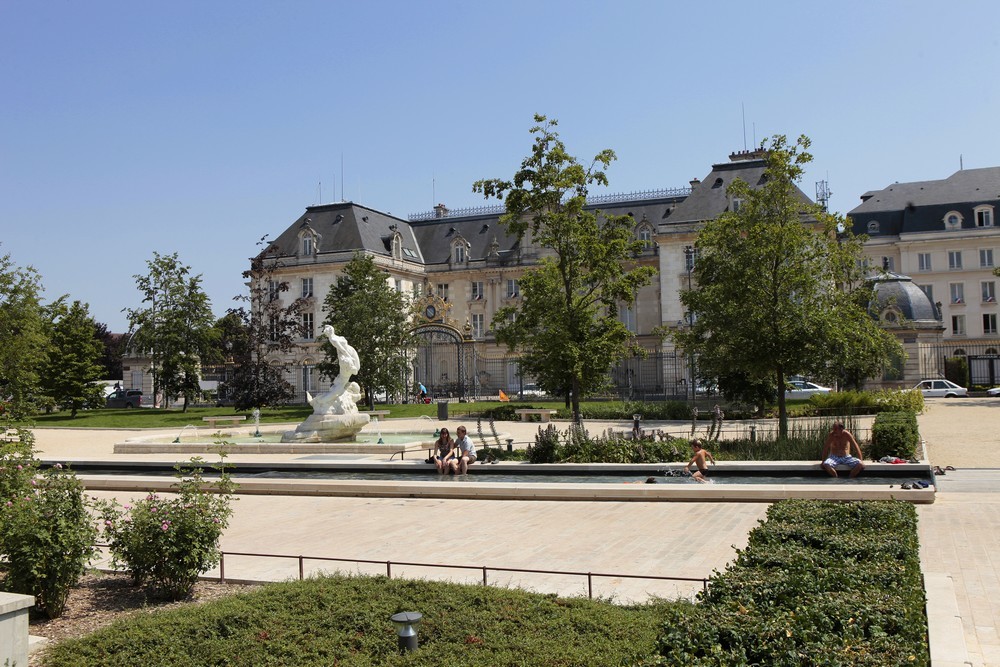 The Préfecture of Aube has occupied since 1794 the site of the former Benedictine abbey Notre-Dame-aux-Nonnains that was apparently founded in the 12th century by Saint Leuçon, the 18th bishop of Troyes. It was the largest women’s convent of the Troyes diocese. The abbess handed down justice for its jurisdiction on the square in front of the abbey, where a pillory was installed.
Recent archaeological digs, on the place de la Libération, have helped shed light on its history. A church was discovered,dating from around the year 1,000 AD, flanked on the north and west by a cemetery containing 2,500 graves.
The history of the abbey’s church was recorded until it was closed down in the 18th century. Under the abbey church and cemetery, Gallo-Roman vestiges covering three centuries of occupation have been unearthed.
In the 12th century, probably in the wake of the fire that ravaged the abbey in 1188, the abbey church was divided in two by a wall. The nave became a parish church under the name of Saint-Jacques-aux-Nonnains and the choir remained with the abbesses. The tower was most likely built at this time. A narthex was added towards the end of the 15th century and embellished with a remarkably sculpted portal.
In the Middle Ages, the abbesses wielded considerableinfluence. Ode de Pougy, in particular, fearing a loss of prestige and benefits, dared to confront Pope Urbain IV, who was also from Troyes, when he undertook to build the future Saint-Urbain collegiate church in the jurisdiction of the Notre-Dame-aux-Nonnains abbey in 1262. In the end,she was excommunicated along with several of her colleagues.
Similar to the Saint-Loup abbey church and the Saint-Étienne collegiate church, the combined Notre-Dame and Saint-Jacques church was dismantled in 1789 during the upheaval of the Revolution.
The buildings of the convent were saved and now house the Préfecture, including the main building on the main courtyard, which is part of the abbey’s cloister.
The main courtyard is decorated with a pair of lions by the sculptor Édouard Valtat in the 19th century. The wrought iron gate opens onto a monumental portal, above which is an escutcheon of Champagne.