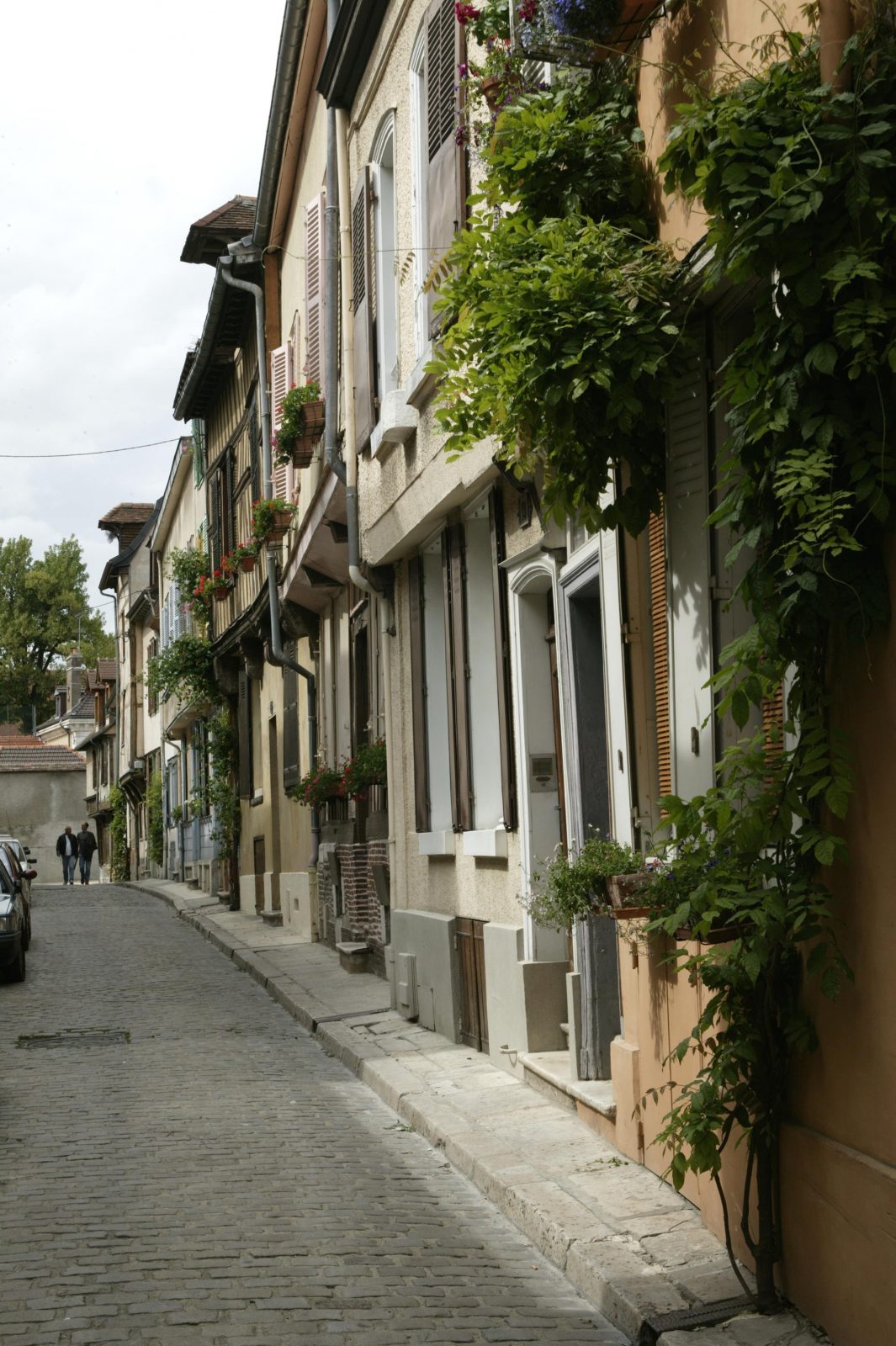 Most cities in the Middle Ages had a Jewish quarter and Troyes was no exception. The Jewish neighbourhood called « the Broce-aux-Juifs » extended to the rampart built along the former ru Cordé, today the quai des Comtes de Champagne.
The rue de la Cité, formerly via Agrippa, crossed the wall under a tower via a bridge called in the 12th century «de la Gievrie» (or Giourie), in reference to the local inhabitants. The rue Boucherat is the old Gallo-Roman cardo, the main thoroughfare that ran perpendicular to the via Agrippa. This is the very heart of the old city.

Starting in the High Middle Ages, a large Jewish community lived here. Chlomo ben Itshak (Salomon, son of Isaac), the rabbi from Troyes known as Rachi (1040-1105), who was protected by the Counts of Champagne, founded in Troyes his famous Talmudic school in 1070. Rachi was both a rabbi and a winemaker as well as a commentator par excellence of the Bible and the Talmud, the body of Jewish traditions and explanations by rabbis. The winding rue Saint-Frobert leads to the old Roman church of the same name that was built, it is said, on the site of the synagogue where Rachi taught. The church was sold at the time of the French Revolution and is now used as housing.

The Rachi European University Institute, opposite the current synagogue in the Madeleine Quarter, keeps alive the memory of this world-famous scholar.

Jewish quarters were often associated with silversmith shops and money changers. In Troyes, the mints, where gold and silver pieces, called the denier champenois or provinois, were made, was located between present day rue Boucherat and rue Saint-Frobert. At the start of the 14th century, the Counts of Champagne inherited the crown of France. Troyes became one of the eight shops entrusted by the King, who created the franc in 1360, to mint currency.
At that time a new Hôtel des Monnaies (mint) was built in the «corps du bouchon» area, present-day rue de la Monnaie, near the Saint-Jean church.

Wandering through the nearby charming ruelle du Paon, formerly rue de l’Arche de Noë, which was totally restored in 1986, visitors will discover at number 16 the Hôtel des Sœurs-Noires, where Jansenist teaching was imparted from 1668 to 1749. Its façade is in the Champagne style facing, with alternating brick and calcareous stone.